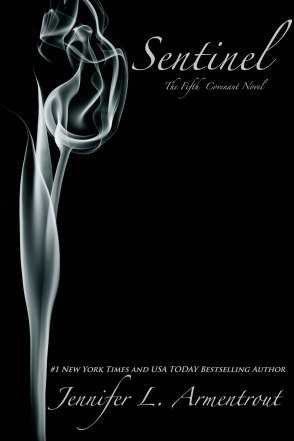 It’s a beautiful day for a war.

As the mortal world slowly slips into chaos of the godly kind, Alexandria Andros must overcome a stunning defeat that has left her shaken and in doubt of their ability to end this war once and for all.

And with all the obstacles between Alex and her happily-ever-after with the swoonworthy Aiden St. Delphi, they must now trust a deadly foe as they travel deep into the Underworld to release one of the most dangerous gods of all time.

In the stunning, action-packed climax to the bestselling Covenant series, Alex must face a terrible choice: the destruction of everything and everyone she holds dear… or the end of herself.

Sentinel was epic. Jennifer L. Armentrout had once again swept me away into the dangerously beautiful world of Greek deities, Apollyons, Pures and Half-Bloods. In this finale, the stakes are higher than ever with the whole world’s fate resting on Alex’s shoulders. Quite a burden, isn’t it?

Following her encounter with Ares, the god of war, Alex was left traumatized. I loved that although she was taken to Mount Olympus to be healed, Alex was still left scarred and no matter how capable and brave she was, her physical appearance still meant something to her. It might seem a little shallow but by allowing that, Armentrout kept Alex true to her character, making her completely realistic and relatable.

One thing I greatly admired about our protagonist here was her courage and ability to stay positive & hopeful in the bleakest situations. Alex might have been incredibly impulsive, stubborn and made a truckload of irresponsible decisions earlier on in the series but she grew so much through each book. In Sentinel, she had matured tremendously and had overcome mountains most could not have and yet she remained down-to-earth and unjaded.

In the previous few books, there was a sort of distinction whether it was an Aiden book (Deity & Apollyon) or a Seth book (Pure). However, Sentinel was Alex’s book through and through. Yes, there’s still a lot of both Seth and Aiden but ultimately, it was focused on Alex’s struggles and feelings.

Regarding the guys, I’ve got not much to say about Aiden as he was simply as lovely as always and I’ve already conveyed most of my feelings about him in my reviews of Deity and Elixir. Seth, on the other hand, I’ve got plenty to say about. I’ve made it no secret that in the previous 2 books, I completely despised the choices Seth made. They were downright evil even if he had his own reasons for them! However, we get to know him a lot better in Sentinel and see how his own misdeeds affected him.

I (surprisingly) loved the insight given on Seth because I’ve always wondered how he could live with all that he had done and honestly, I really wanted to witness at least a pinch of humanity in him. I think most readers – myself included – have always hoped for redemption for Seth. Whether or not this happened though, is not for me to reveal.

Plot-wise, Sentinel was just as impeccable as the rest of the Covenant series. In hindsight, the good guys’ planned method on defeating Ares does seem slightly predictable yet, I never really saw it coming. As expected, there will be numerous deaths and for your own good, please have tissues around towards the end. I truthfully think I died a little at what happened to Alex and well, my hope for happiness shriveled to the size of a mustard seed at one point.

Nevertheless, I do feel Sentinel ended perfectly. Sure, it’ll crush your heart and make you wonder how you would move on in life but it would patch you up enough to continue living. Alex and Aiden undoubtedly got the conclusion they deserved and although my heart is heavy to move on from this beloved series, like what Jennifer L. Armentrout said in the acknowledgements, “stories never really, truly end”. I’m sure Alex and Aiden will stick with me for quite some time but as for Seth, incase you have not heard, he’s getting his own spin-off series starting with The Return. ;)