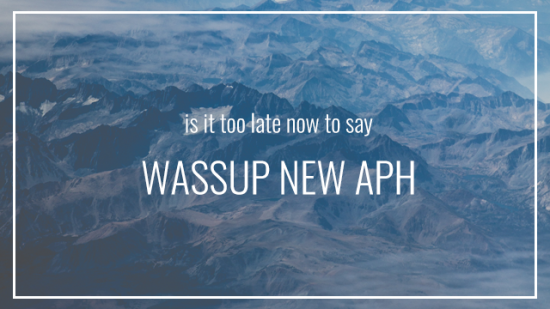 2015 went by in a flash but it was a pretty tumultuous year here on A Page of Heaven too. We’ve barely had time to post with all the schoolwork we had to juggle and much to my dismay, it also meant less time to read (glares at my Goodreads Challenge).

Jing is laughing sadly at her 2015 Goodreads Challenge.

Aside from our battle with time, we were also facing a rather confusing moment where we lost our purpose for book blogging. Everything was so rigid as we aimed to post as much as possible without giving much thought to what exactly was being posted.

END_OF_DOCUMENT_TOKEN_TO_BE_REPLACED

While we had been on school vacation for the entire past month, our  plan (or at least my – Adele’s – plan) to blog more… obviously failed. Why? I TOTALLY BLAME BOOKSTAGRAM. Any time I would’ve spent blogging went to scrolling through gorgeously bookish photos and posting some of my own too. Plus it fuelled my inner lazy cat because the process of taking a picture, editing it, and posting it to Instagram is a lot quicker than writing an entire blog post. BUT, I honestly do hope to blog more next month because some things can’t be summed up in a photo caption. And, uh, my review backlog is glaring at me.

Testimonies (And JZ’s Trip to Cambodia)

JZ: Cambodia felt like a really good dream and I can’t wait to go back! I honestly did not expect it to be so much fun – I didn’t know what to expect or how to feel prior to the trip (I wasn’t even excited, which is totally strange since the idea of traveling gets me very excited). But I ended up falling in love with the Kingdom of Wonder (I guess I can say it left me wonderstruck – SEE WHAT I DID THERE? *WINK*) and the people there – playing with the kids and helping the people made me do some soul-searching and I think I’m not the same person I was before the trip, as cheesy and cliché as it may sound. I remember when my teacher in-charge said “if anyone needs their heart to be set in the right place, this is the trip for them”, I was rather skeptical and thought I didn’t need any of that but it seems like I was the one that needed some setting in the right place and I got just that.
END_OF_DOCUMENT_TOKEN_TO_BE_REPLACED 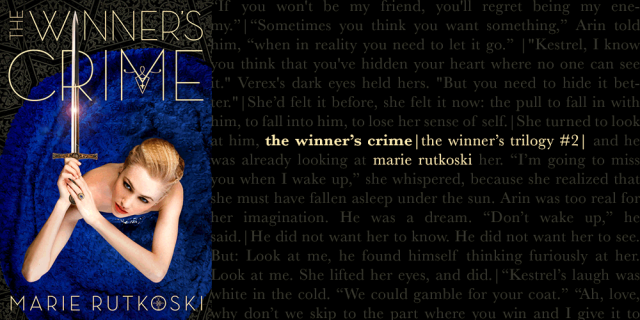 Following your heart can be a crime

A royal wedding means one celebration after another: balls, fireworks, and revelry until dawn. But to Kestrel it means living in a cage of her own making. As the wedding approaches, she aches to tell Arin the truth about her engagement: that she agreed to marry the crown prince in exchange for Arin’s freedom. But can Kestrel trust Arin? Can she even trust herself?

Kestrel is becoming very good at deception. she’s working as a spy in the court. If caught, she’ll be exposed as a traitor to her country. Yet she can’t help searching for a way to change her ruthless world…and she is close to uncovering a shocking secret.

This dazzling follow-up to The Winner’s Curse reveals the high price of dangerous lies and untrustworthy alliances. The truth will come out, and when it does, Kestrel and Arin will learn just how much their crimes will cost them.

I would like to say this book had too much romance, but then I’d be a hypocrite because I enjoyed everything between Kestrel and Arin so, so much. Even if many moments threatened to shatter my heart. And if you thought the schemes and trickery in The Winner’s Curse had been intense, the entire plot of this sequel will blow your mind to Mars.

At the end of the first book, we weren’t really left with an antagonist as Valoria was generally seen as this huge impending force of doom, Kestrel’s father was still someone she loved and his actions had (mostly) good intentions, Irex had been outsmarted by Kestrel (then died), and Cheat wound up dead. But fear not because you will soon meet the emperor of Valoria, a conniving prick and all-time pain in the ass. His despicable nature, in my opinion, can definitely hold a torch up to the King of Adarlan from the Throne of Glass series. END_OF_DOCUMENT_TOKEN_TO_BE_REPLACED

didn’t read Norwegian Wood, but I did read after the quake and my fav short story was honey pie 🐻🍯
🌳🏠🌱
our hot girl summer is just hiding in air conditioned places and avoiding the sun (which is a deadly laser) 😮‍💨
From the time capsule that is @__jacey_’s disposable cam!!
Loading Comments...