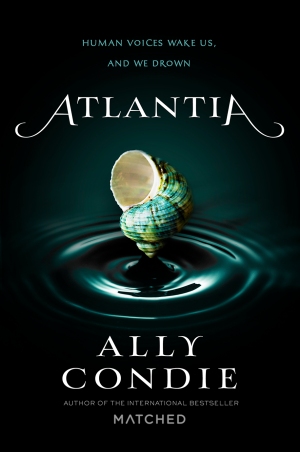 Can you hear Atlantia breathing?

For as long as she can remember, Rio has dreamed of the sand and sky Above—of life beyond her underwater city of Atlantia. But in a single moment, all her plans for the future are thwarted when her twin sister, Bay, makes an unexpected decision, stranding Rio Below. Alone, ripped away from the last person who knew Rio’s true self—and the powerful siren voice she has long hidden—she has nothing left to lose.

Guided by a dangerous and unlikely mentor, Rio formulates a plan that leads to increasingly treacherous questions about her mother’s death, her own destiny, and the complex system constructed to govern the Divide between land and sea. Her life and her city depend on Rio to listen to the voices of the past and to speak long-hidden truths.

Thank you Carynn Tey from Penguin Books Singapore for providing me a copy of this book in exchange for an honest review.

Prior to Atlantia, I’ve read Matched by Ally Condie quite a few years back (when it had just been published). To say I disliked it would be pretty big of an understatement. However, I decided to give her the benefit of the doubt and hope after publishing another 2 books, this latest one would be better than her debut. I would say Atlantia was a lot more captivating than Matched, although it still retained the detached and dull plot execution. END_OF_DOCUMENT_TOKEN_TO_BE_REPLACED 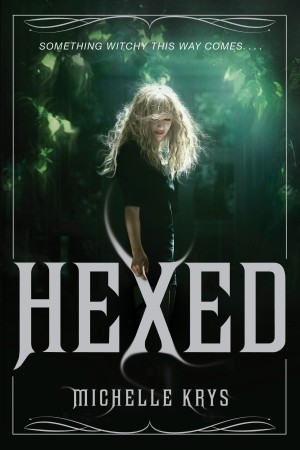 If high school is all about social status, Indigo Blackwood has it made. Sure, her quirky mom owns an occult shop, and a nerd just won’t stop trying to be her friend, but Indie is a popular cheerleader with a football-star boyfriend and a social circle powerful enough to ruin everyone at school. Who wouldn’t want to be her?

Then a guy dies right before her eyes. And the dusty old family Bible her mom is freakishly possessive of is stolen. But it’s when a frustratingly sexy stranger named Bishop enters Indie’s world that she learns her destiny involves a lot more than pom-poms and parties. If she doesn’t get the Bible back, every witch on the planet will die. And that’s seriously bad news for Indie, because according to Bishop, she’s a witch too.

Suddenly forced into a centuries-old war between witches and sorcerers, Indie’s about to uncover the many dark truths about her life—and a future unlike any she ever imagined on top of the cheer pyramid.

I wanted to like Hexed. I truly did. It reminded me of Hex Hall by Rachel Hawkins, with all its witchiness and humor. At least in the case of Hex Hall the humor was awesome, but as for Hexed… not so much. How can I most accurately describe it? You know one of those books you wait months for, get all hyped up over, tell your friends that you have a good feeling about but ultimately turns out a major let down? Yes, this is one of those books. END_OF_DOCUMENT_TOKEN_TO_BE_REPLACED 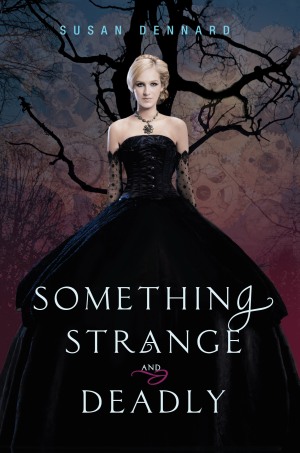 There’s something strange and deadly loose in Philadelphia…

Eleanor Fitt has a lot to worry about. Her brother has gone missing, her family as fallen on hard times, and her mother is determined to marry her off to any rich young man who walkers by. But this is nothing compared to what she’s just read in the newspaper—

The Dead are rising in Philadelphia.

And then, in a frightening attack, a zombie delivers a letter to Eleanor… from her brother.

Whoever is controlling the Dead army has taken her brother as well. If Eleanor is going to find him, she’ll have to venture into the lab of the notorious Spirit-Hunters, who protect the city from supernatural forces. But as Eleanor spends more time with the Spirit-Hunters, including the maddeningly stubborn yet handsome Daniel, the situation becomes dire. An now, not only is her reputation on the line, but her very life may hang in the balance.

Something Strange and Deadly was a rather okay book; my feelings for it ranged from love to content to majorly annoyed. Since it was a mix of everything, I had no idea what better rating to give it then an average one. However, I did, in a way, expect more from this novel. The cover came off pretty steampunk to me (plus it was also one of the genres it was categorized under on Goodreads) yet despite there being some mentions of steampunk-ish machinery, I had hoped for it to be a bigger contributing factor to the plot. END_OF_DOCUMENT_TOKEN_TO_BE_REPLACED