IT’S THE FOURTH AND FINAL DAY OF ARMCHAIR BEA! I’m so excited for today’s topic – book to movie adaptations! Recently, Adelena and I (along with one other friend) decided to do print to screen adaptations as our topic for our school’s radio assignment and we had quite some fun doing it! Though rushing for the deadline was probably our least favourite part. Definitely hate rushing under deadline pressure.

Anyway, let’s dive right into it!

Nothing beats bringing a story to life on screen – except when it turns out so bad you just cringe and want to dig a hole and crawl inside. But there are some which you just want to hug and shower it with all your love. And there are some which are so wonderful you leave the cinema (or your sofa) gaping, completely mind blown by its sheer awesomeness. This is The Adaptation Awards, where the best and most deserving book to movie adaptations are recognised for their greatness!

Harry Potter by J.K. Rowling takes home the prize! I’m so fascinated by the world that was built by J.K. Rowling and the directors that made it a reality. And remember what I said about being a sucker for potions? Harry Potter is just POTIONS (AND SPELLS) GALORE. Oh and I’m pretty obsessed with the various kinds of wands – actually, I was so obsessed I went to Pottermore, played the game where you have to find stuff in each scene/chapter of the books and they’ll reveal a tidbit of information as a prize for completing the scene, and I played enough just to reach the one where they had a full length guide to all the wands and the type of woods and cores available/used. Yup, I was just very curious. 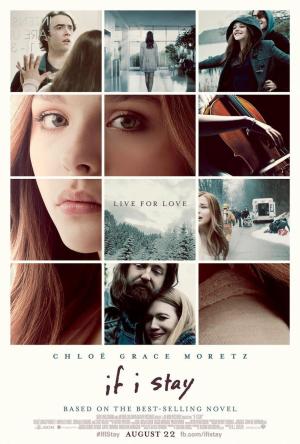 If I Stay by Gayle Forman wins this award. It wasn’t just me – there were constant sobs and sniffles echoing through the cinema, okay. It was so hard keeping the tears in (I try not to cry in public cause I end up as a huge mess afterwards) but when it credits rolled, my friend and I just sat there holding tissue to our eyes as tears silently slid down our faces (very dramatic, I know). Also, Chloë Grace Moretz did a great job cause it seemed that whenever she cried, my eyes would be ready to pour out more tears. 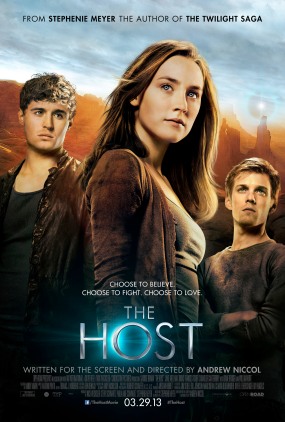 Hands down this award goes to The Host by Stephenie Meyer. I watched it with my best friend and we left the cinema in this stunned silence but I’m pretty sure the only thing that ran through our heads simultaneously was “WOOOOOAAAAAHHHHHHHHHHHHH”.

The biggest award of all – the award that brought on the feels and did justice to the book. The award for the all-around great (including cast, music, cinematography, etc.) adaptation. The prize goes to… 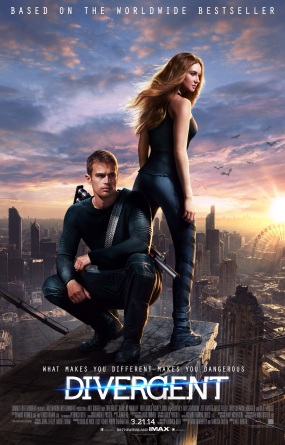 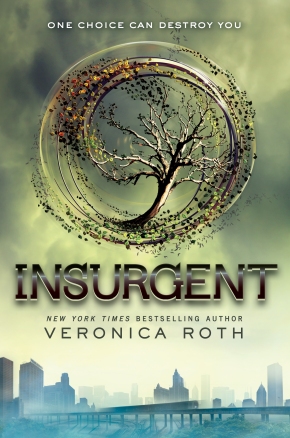 Divergent and Insurgent by Veronica Roth! Ok, this is somewhat unfair cause it’s two movies/books but they’re under the same series but let’s just consider both movies as a whole. Heh. I think the movie soundtracks for both Divergent and Insurgent are amazing – Divergent’s captures the clean, polished feel (a lot of Erudite vibes there) while Insurgent is, as Adelena said, grunge and rough, with the whole flawless façade gone. What’s more, the soundtrack goes according to the events in the movie! Oh and the movie score for Divergent – I’ve only heard two songs off it so far and it’s so beautiful it’s insane. It actually digs up and piles a ton of feels onto you. And can I just say that the cinematography in Insurgent is BEYOND AMAZEBALLS? I clearly remember Adelena and I gawking/spazzing/sighing at the shots/panning/lighting/EVERYTHING.

And that brings us to the end of The Adaptation Awards! *applause*

Haha, this was really fun to write. Maybe in future Adelena and I will do a separate post when more adaptations are released!

We thought that it’d be the most brilliant idea ever to host a giveaway for fandom-inspired merch and tie it in with the latest news in the bookish world! All the prizes are hand-picked with lots of love from us. Hehe.

Here are the prizes up for grabs:

America Singer’s Songbird necklace (From The Selection by Keira Cass) 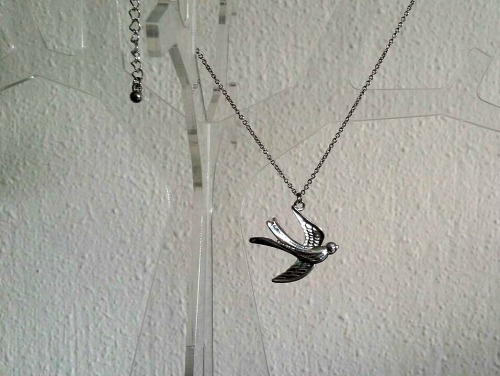 As The Heir by Keira Cass was released just earlier this month, we thought that this was pretty apt for the occasion!

While there isn’t a choker mentioned in The Mortal Instruments series, we thought of Angel Raziel when we saw the golden wing. And I’m sure we all know that The Mortal Instruments is in the midst of being turned into a TV series. I followed some of the actors and actresses recently and I have to say, I’m getting pretty hyped up for it despite not having read all the books yet. I think that the casting is TOTALLY ON POINT. OMG. WHAT EVEN. Katherine McNamara is perfect for Clary and so is Dominic Sherwood for Jace and Alberto Rosende for Simon and I think you get the idea. The other day I was going on to Adelena about how Emeraude Toubia and Matthew Daddario could really pass as siblings and also how Emeraude looks a lot like Esmeralda from Disney’s The Hunchback of Notre Dame?!

Basically I want to hug the entire cast cause it’s so accurate I could cry.

Okay, I should stop rambling. To take part in the giveaway, just click on the link below! It’s an international giveaway :)

Update: The giveaway is closed and the winners have been chosen! They are:

Update: As we did not receive a response from Rebecca, the new winner of the Angel Wing choker is Carolina M!

Congratulations! An e-mail has been sent out and all winners have 48 hours to respond – if there is no response, a new winner will be chosen. Thank you to everyone who took part in the Armchair BEA giveaway!

Thank you for joining us in the Armchair BEA festivities – we had a ton of fun and we’ll see you again next year!