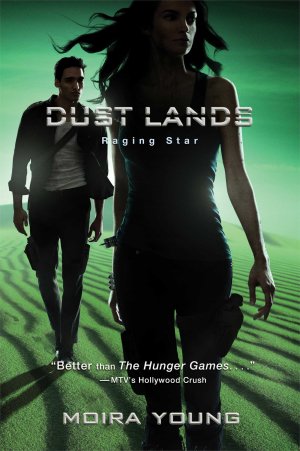 Her passion kept them alive. Now it may destroy them all.

Saba is ready to seize her destiny and defeat DeMalo…until she meets him and finds herself drawn to the man and his vision of a healed earth, a New Eden. DeMalo wants Saba to join him, in life and work, to build a stable, sustainable world…for the chosen few. The young and the healthy. Under his control.

Jack’s choice is clear: to fight DeMalo and try to stop New Eden. Presumed dead, he’s gone undercover, feeing Saba crucial information in secret meetings. Saba hides her connection with DeMalo and commits herself to the fight. Joined by her brother, Lugh, and her sister, Emmi, Saba leads a small guerilla band against the settlers and the Tonton militia. But the odds are overwhelming. Saba knows how to fight—she’s not called the Angel of Death for nothing. But what can she do when the fight cannot be won? Then DeMalo offers Saba a chance—a seductive chance she may not be able to refuse. How much will she sacrifice to save the people she loves?

The road has never been more dangerous, and betrayal lurks in the most unexpected places in the breathtaking conclusion to the Dust Lands Trilogy.

My feelings for Raging Star are pretty darn mixed. Despite the (as expected) sensational writing and full of potential world-building, the direction the story took in this last leg of the Dust Lands trilogy was rather controversial to me. The lack of action had been shocking while the anti-climatic end was unworthy of the large amount of important characters lost.

When starting Raging Star, I had been afraid Saba would continue being weak, overly rash and indecisive, like back in Rebel Heart (I’m still cringing internally at the horrible choices she had made). Although her character did improve since the last book, she was still far from the epically strong and incredible Angel of Death we got to know in Blood Red Road, and then proceeded to lose in the second book. I was honestly looking forward to seeing Saba kickass again, with her steely resolve. Unfortunately, I was let down on that front. But I will acknowledge she started thinking before doing more, which was quite an achievement and admirable too.

One of the most surprisingly effects Raging Star had on me was that it made me think Saba and Jack might be better off exclusively allies and nothing else—for the period of time while trying to take down DeMalo, at least. They had so many differences that didn’t seem like the sort which could be sorted out quickly. I guess I didn’t exactly wish for them to never end up together, just maybe go separate ways at the end of the book for a few years and then meet up again to start over in an epilogue or something along the lines of that.

That, however, was not the main issue I had with this book. Truth be told, I had quite a number of issues with it. The most prominent of them being the numerous personal relationships between characters that were unnecessarily messed up because their convolution did not contribute to the plot in any way. If I were to name the most glaring ones, that would be the identity of Tommo’s father and the person who turned out to be Molly’s new lover. So. Completely. Redundant.

While the relationship bits were excessive, the mystery surrounding why Saba’s heartstone burned for both Jack and DeMalo remained unclear. I’m pretty sure some fans would be unhappy with that but personally, I assumed it burned for DeMalo as he truly was Saba’s heart’s desire—to kill/destroy. And while on the topic of DeMalo, may I also add that he reminds me of the Darkling from The Grisha trilogy by Leigh Bardugo to an almost creepy extent? Here’s why:

All in all, I whole-heartedly declare that Raging Star did not do justice to this trilogy. Though after some thought, none of the later books did justice to the first; everything plot-wise went downhill after Blood Red Road. Would I continue reading Moira Young’s future books? Well, I would be tempted by her magnificent writing style but the chance of a weak storyline does make me wary. I did ultimately like Raging Star to a certain extent but liking a conclusion doesn’t mean it lived up to more important expectations. So a word of advice to fans out there who are hoping for something extraordinary: brace yourself for some disappointment.

One thought on “Review: Raging Star by Moira Young”