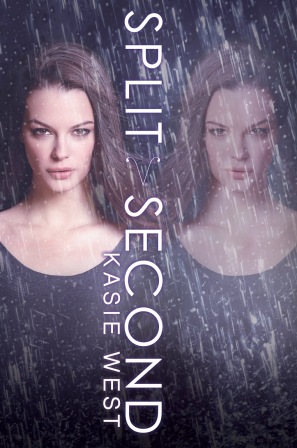 Life can change in a split second.Addie hardly recognizes her life since her parents divorced. Her boyfriend used her. Her best friend betrayed her. She can’t believe this is the future she chose. On top of that, her ability is acting up. She’s always been able to Search the future when presented with a choice. Now she can manipulate and slow down time, too . . . but not without a price.When Addie’s dad invites her to spend her winter break with him, she jumps at the chance to escape into the Norm world of Dallas, Texas. There she meets the handsome and achingly familiar Trevor. He’s a virtual stranger to her, so why does her heart do a funny flip every time she sees him? But after witnessing secrets that were supposed to stay hidden, Trevor quickly seems more suspicious of Addie than interested in her. And she has an inexplicable desire to change that.Meanwhile, her best friend, Laila, has a secret of her own: she can restore Addie’s memories . . . once she learns how. But there are powerful people who don’t want to see this happen. Desperate, Laila tries to manipulate Connor, a brooding bad boy from school—but he seems to be the only boy in the Compound immune to her charms. And the only one who can help her.As Addie and Laila frantically attempt to retrieve the lost memories, Addie must piece together a world she thought she knew before she loses the love she nearly forgot . . . and a future that could change everything.

As those of you who have read Pivot Point might know, the ending was utterly crippling. It was the sort of ending that chewed up your heart and made you question how in the world an author can toy with your emotions so much. Following that, I predictably had very high expectations for Split Second and I’m glad to say this sequel definitely did not disappoint!

Firstly, this might seem slightly irrelevant, but it took me some time to realize that the girl on the cover is actually Laila. Admittedly, I originally imagined her as someone of a different ethnicity? I have no idea why, but maybe my brain’s just naturally multi-ethnic friendly. I’m just curious if anyone else felt that way too, though.

That aside, I once again loved the way the story unfolded in Split Second, just as I had with Pivot Point. While the first novel was told alternating between Addie’s two Search outcomes, this sequel alternated between Addie and Laila’s POV. Why did I love this? Back in the first book, I had the impression that Laila was a really jerky and lousy friend who was way too reckless and impulsive. However, after reading from her perspective, I ended up really admiring her character. Yes, Laila might still be irresponsible at times but her intentions are always good. She made plenty of mistakes, but that just created a much more relatable and real character.

As for Addie, I wish her presence had been a little stronger in this book. Because Laila undoubtedly stole the show here. Despite that, I still lived for all the Addie-Trevor moments. If your heart don’t melt a little at their situation, I think you have an unfeeling rock in your chest. Every time I’m reminded of their predicament, I feel like huddling in a corner to weep for days. Especially when Addie got back the memory of her Search that had Trevor in it (this isn’t a spoiler because we all know it’s going to happen sooner or later). I read that while taking public transport and lets just say I tried my best to hide them waterworks from the other passengers.

From the synopsis, it’s also pretty obvious there’s another blossoming romance involved – Laila and Connor. After the three books by Kasie West I’ve read so far (Pivot Point, The Distance Between Us and Split Second), I’m never doubting her skills at creating the best romances ever again. Every couple she comes up with has a perfect blend of cuteness, intensity, humor and chemistry. Laila and Connor are no exception. My only complaint is that the term ‘love’ was used a little too loosely with them. Laila and Connor had not seemed in love to me (it was too soon for that) but I could definitely see the potential of them falling in love. Sometime in the future, of course.

The plot in Split Second was pretty good but a lot less action-packed than I had expected, especially in contrast with its predecessor. Maybe because it was a lot more character-based than plot-based this time round. It’s not that big of a bother, really. Most likely because there are so many emotional moments the – very – slightly anticlimactic plot can be overlooked.

Although there were plenty of sad moments in Split Second, what really makes my heart break is that this marks the end of the duology. Honestly, I wouldn’t mind at all if Kasie West decided to write more books revolving around Addie an Laila. The ending of Split Second was awesome and wholly satisfying but I absolutely see room and opportunity for the plot to continue! It’s (kind of) official that this is the final book but well, one can always hope…

Finally, Split Second was a spectacular ending to an unputdownable duology. Rife with humor, near-perfect romance, a fantastic premise and stunning characters, I’ll be recommending both Pivot Point, Split Second, and all of Kasie West’s current and future works to those around me. I doubt I would forgot this duology anytime soon and if you have not started on it, you are without a doubt missing out on something mind-blowing in life.

One thought on “Review: Split Second by Kasie West”