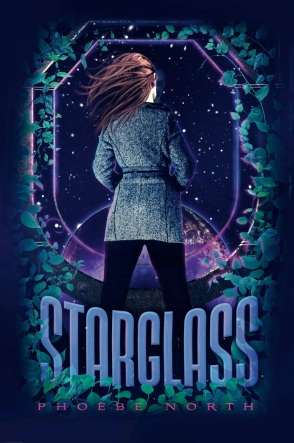 Terra has never known anything but life aboard the Asherah, a city-within-a-spaceship that left Earth five hundred years ago in search of refuge. At sixteen, working a job that doesn’t interest her, and living with a grieving father who only notices her when he’s yelling, Terra is sure that there has to be more to life than what she’s got.

But when she inadvertently witnesses the captain’s guard murdering an innocent man, Terra is suddenly thrust into the dark world beneath her ship’s idyllic surface. As she’s drawn into a secret rebellion determined to restore power to the people, Terra discovers that her choices may determine life or death for the people she cares most about. With mere months to go before landing on the long-promised planet, Terra has to make the decision of a lifetime–one that will determine the fate of her people.

I am utterly revolted by this book. It has nothing to do with the writing style (which I actually liked and is also the reason for the solo star I gave) but everything to do with the absolutely boring plot, detestable protagonist and many other aspects of the book that seemed to preach horrible values. I will admit I really wanted to enjoy this read as I’m eager for anything sci-fi so to say I am disappointed would be the understatement of the year.

Before reading Starglass, I’ve seen multiple reviews dubbing it as the Jewish version of Across the Universe (by Beth Revis). Post-Starglass, I discovered comparing the two books must be breaking some huge universal law – Starglass and Across the Universe are on opposing ends of the spectrum! I think the only similarities between them are space-traveling and some messed up form of governance aboard their respective spaceships.

Although the first 2 pages of the book was wholly intriguing, the rest of it made me want to tear my hair out. Throughout the book, practically nothing happened. Or when something tiny does happen, the next 70 pages would drone on and on about Terra’s inability to act, conflicting feelings about her screwed up love – or more like lust – life and her vividly sexual dreams about some guy she has never met.

Terra is also a horrifyingly evil person who is selfish, untactful, weak, cowardly and awful to those who care for her. When I say she’s one of the most despicable protagonists I’ve ever come across and that this book has terrible pacing, I’m not exaggerating in the least.

It’s a miracle I even finished the novel and I sort of regret finishing it. Despite the snore-fest that was a majority of the story, the last 30 or so pages made me curious about what comes next. The end was honestly pretty predictable but it opened up a world of possibilities for the story. I really wouldn’t want my inquisitiveness to drag me through another 400 plus pages of boredom and irritation.

I would still advise potential readers to read Starglass at your own risk because you might feel the urge to chuck the book at something while reading. I know I did. All in all, just avoid this like the plague unless you’re looking for a way to fall asleep or experience extreme annoyance.

One thought on “Review: Starglass by Phoebe North”